The project aims at countering euro-scepticism through the construction of a new strategy of communication able to promote a correct understanding of the EU, its values and its benefits and at empowering citizens to widen their civic participation and to tackle disinformation. To achieve this, the project focused on the analysis of the EU general perception in each participating country, and on the promotion of targeted information in those policy areas that represent a priority in the EU agenda, but which are also more susceptible to disinformation, and on the creation of new communication tools able to respond to the needs of the European community.

Partnering organisations of this project implemented a total of 11 events (both local and international) shaped on the basis of the results of a survey conducted with the aim to get a better and broader understanding of the disinformation phenomenon in the EU and to better respond to the actual needs of European citizens. Upon analysis of such results, local thematic, informative, educational, and interactive trainings addressed to students and young professionals of different backgrounds were conducted in order to fill the information gaps and to facilitate civil and democratic participation in European policy making. The trainings were preparatory to the final phase of the project: two creative labs where a selected group of training participants, led by young creative professionals selected on voluntary basis, were asked to shape the ideas developed during the interactive sessions, into new ways of communicating Europe. The final media outputs were presented to the public during the final event in Brussels, and then distributed through all available channels for a considerable multiplier effect in order to be used from anyone at every level to communicate Europe effectively.

On 10th of May 2021, all seven consortium partners participated in a full day online Kick Off meeting in order to launch the project, to take last decisions on the communication plan and, most importantly, to finalise the survey which is the first step of implementation of this project. The survey will concentrate on EU citizens' awareness of EU processes, institutions, issues and misinformation, the survey will be completed by 1000 EU citizens during the next months and it will set the tone for the rest of the project's implementation, local and international activities and possible outcomes.

Our first on-site CommEUnication project event took place last Thursday 7/10 in Dublin, Ireland. We were honored to be hosted by our Irish partner TASC and to have within our panelists Jonathan Claridge Head of Communication of the European Commission Representation in Ireland.

Our panel of speakers from Italy, Ireland, Bulgaria, France, Portugal, Belgium and Greece successfully presented the project's survey results highlighting important findings. Some examples: 73.61% feel privileged being a EU citizen, however less than 10% of participants know the European priorities well and 86.87% is not aware about the services provided by the Europe Direct Information Centres.

The video-recording of the conference is available here . 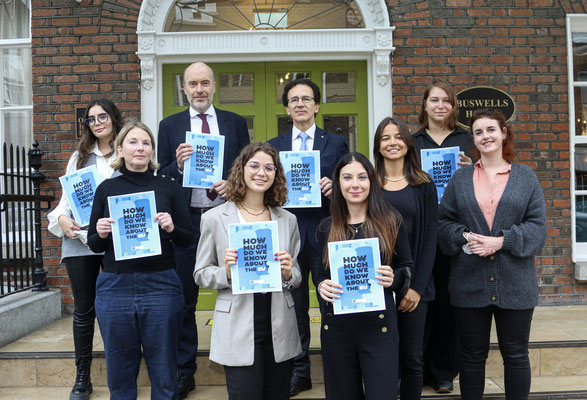 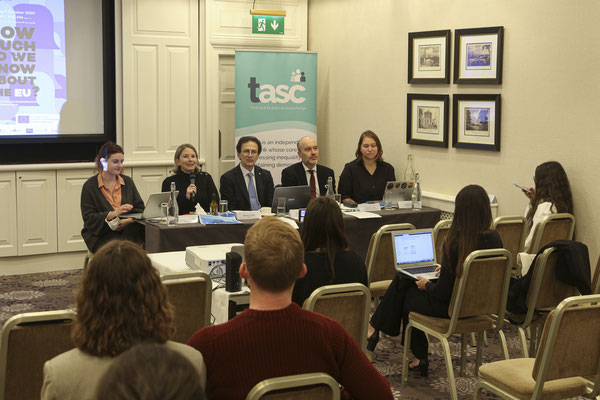 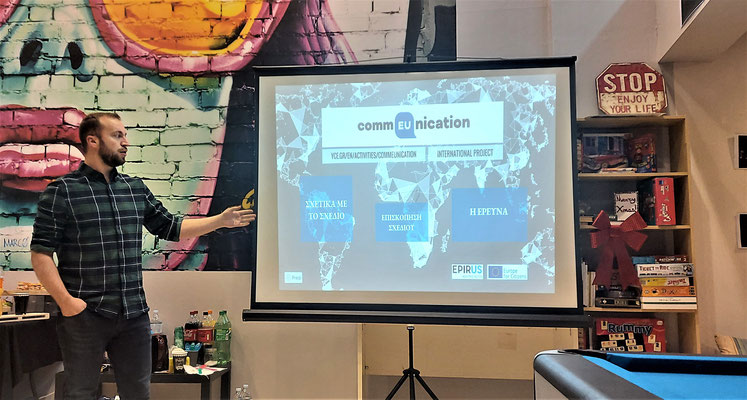 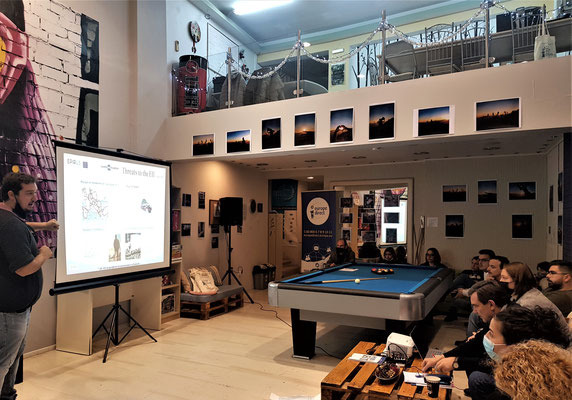 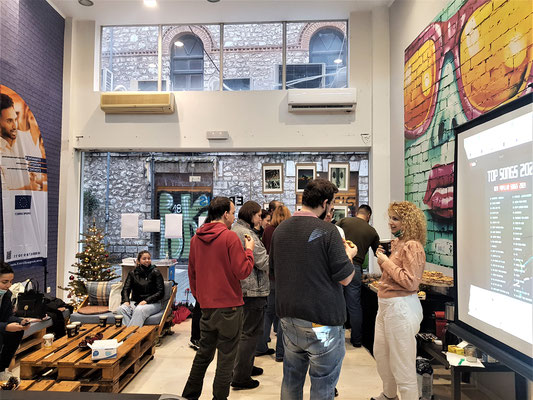 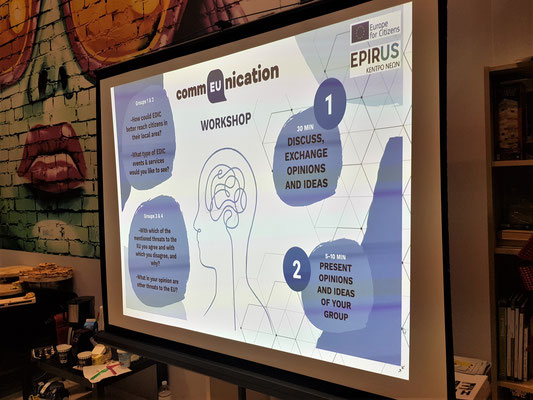 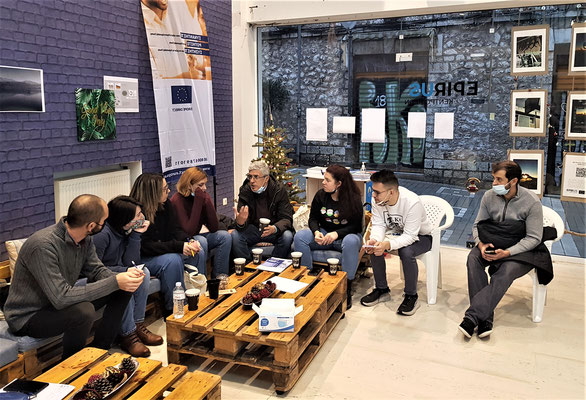 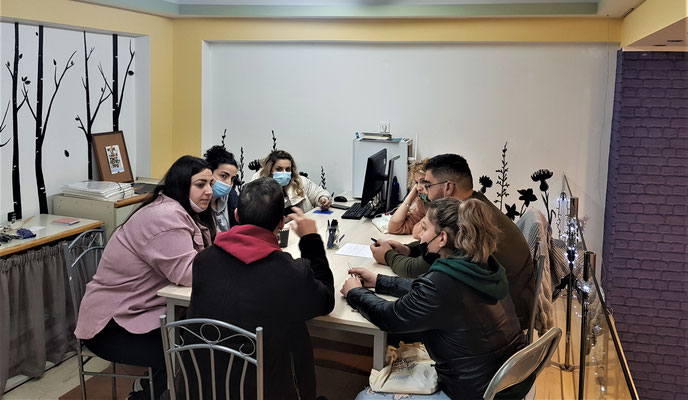 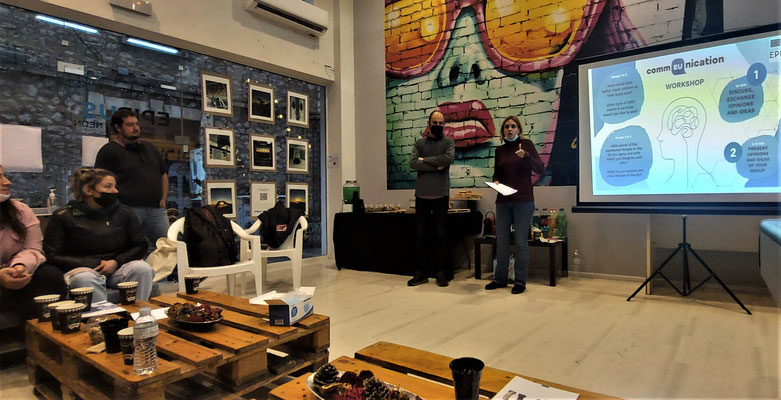 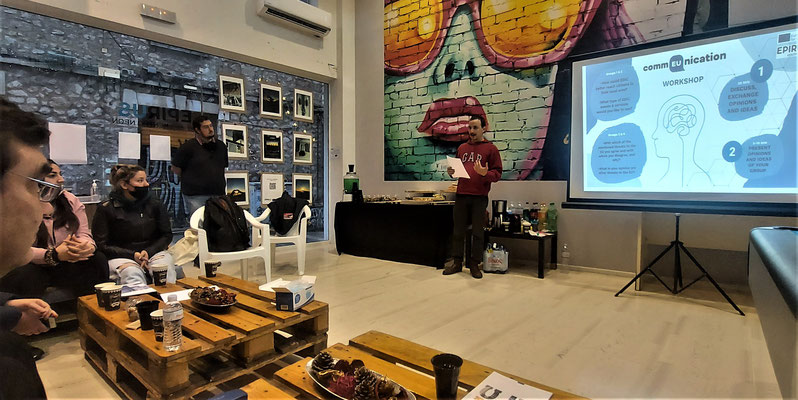 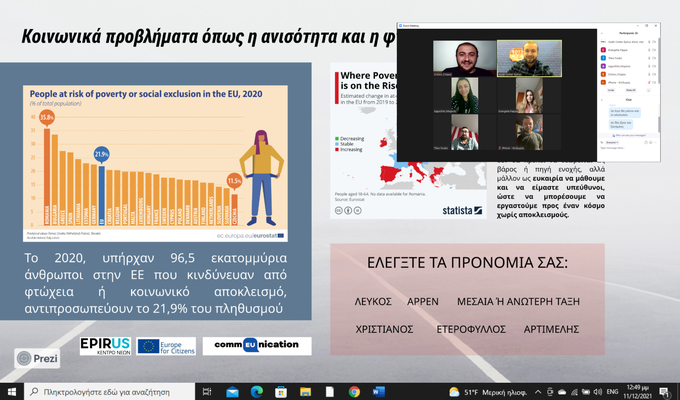 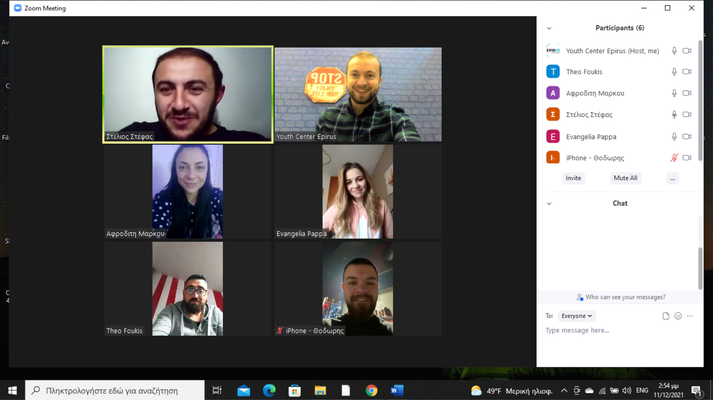 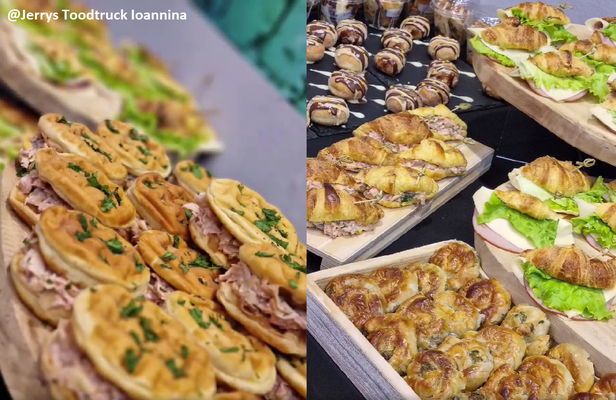 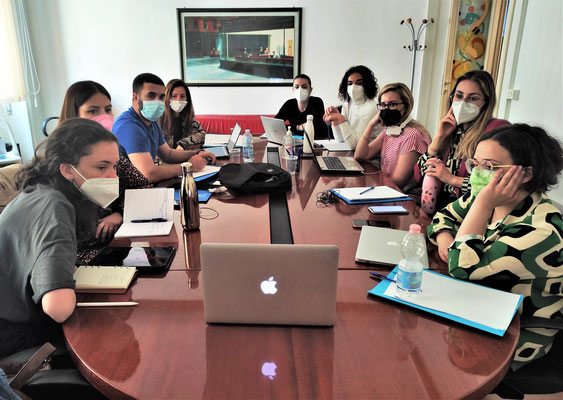 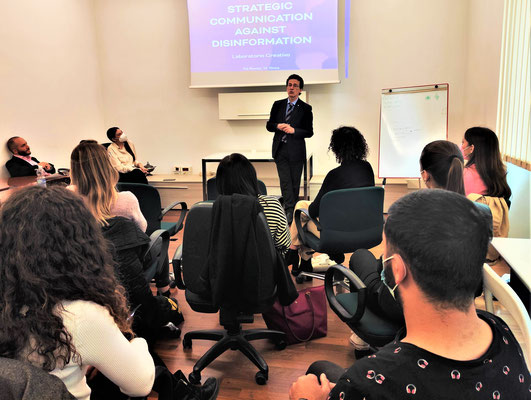 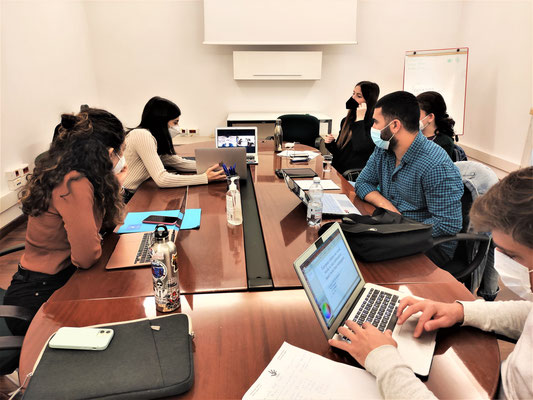 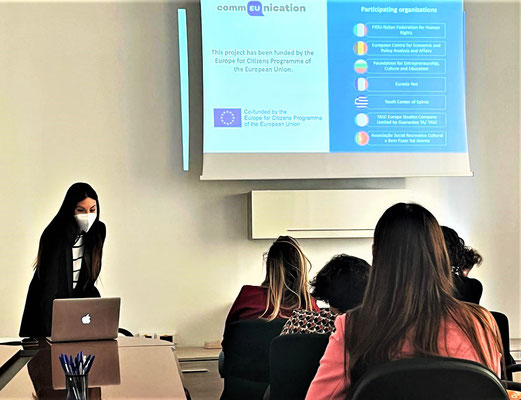 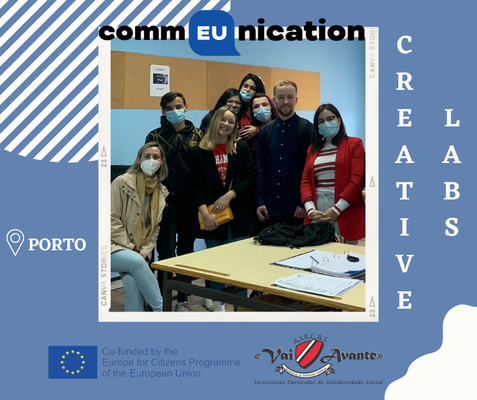 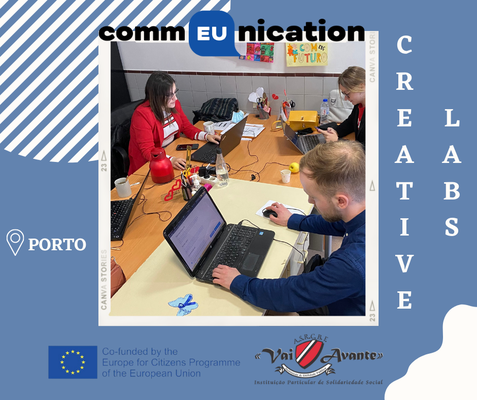 Organisations FIDU (Italy) and e VAI Avante (Portugal) hosted the creative labs, involving young adults and organisation representatives. During the Creative Lab held in Porto, participants were divided into smaller groups browsed the web to find platforms and sources from where to get trustworthy information and how to tackle fake news creating content showcasing them. In Italy, participants created two communication tools on disinformation, state propaganda and their impact against the EU values. They also had the opportunity to have an enriching Q&A session with Adriano Addis, Press Officer of the European Commission Representation in Italy.

The content that was produced during the Labs will be shared during the final event of the project, as well as accessible online to the general public within the next few months.

Experience of a Greek participant Dimitra who took part in the Creative Lab in Rome:

"The “Strategic Communication Against Disinformation” creative lab proved to be a safe and judgment-free zone for discussions and their practical applications opposing propaganda and fake news. Topics such as fact checking and how to approach it, state propaganda and bots/trolls turned out to be some of my favourites. The preprepared material per team was extremely useful and sped up the process and I am thankful for the facilitators who put in the extra work in advance.

On an interpersonal level, I appreciated the sense of community that was forged between us as well as the people themselves who were wonderful. The lab also challenged me positively since I got the chance to question and nurture capabilities while also discovering new facets of my possible professional persona. The coordinators made the experience an outstanding one, with Eleonora, Antonio and Giuseppe being the perfect fit for a lab like this. I would like to thank especially Giuseppe because he provided guidance and purpose during the whole event. One of the highlights was also the speech given by Adriano Addis, the Press Officer of the European Commission Representation in Italy, who presented us with viewpoints which added further value and helped solidify our previously acquired knowledge.

To conclude, I am more than grateful for my participation in the programme and I believe that more efforts and actions of this kind should be made with the support of the European Union."

The final conference of the CommEUnication project was held at the European Parliament. Hosted by the EP Vice President, Pina Picierno and Gilles Pelayo, Head of Citizens & EU Values, European Education & Culture.

The event successfully convened representatives of institutions and CSOs to discuss the results achieved by the project, as well as recommendations and proposals aimed to fight disinformation within the EU.

We want to thank all the guests, participants and partners whose presences and interactions enriched the outcome of the event. 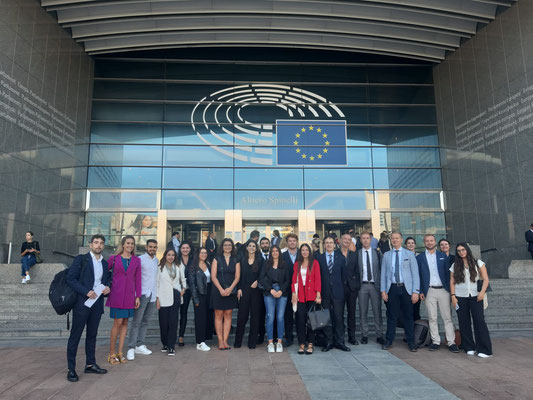 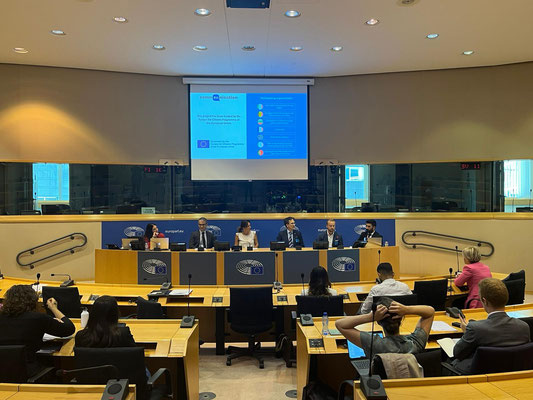 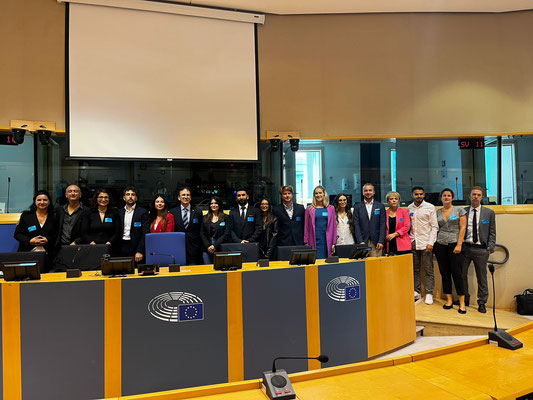 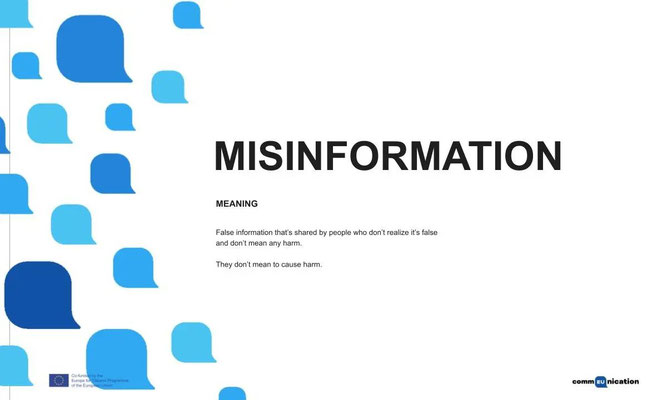 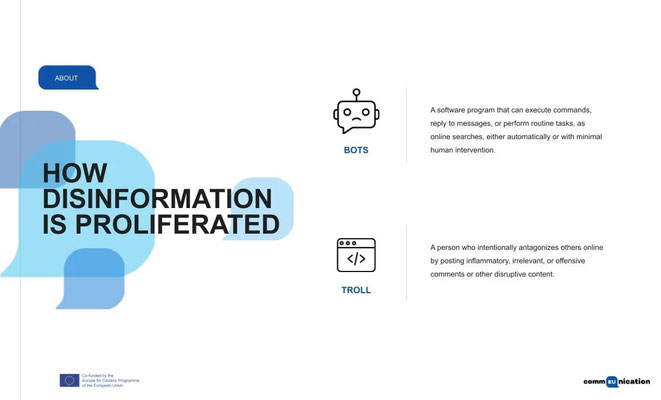 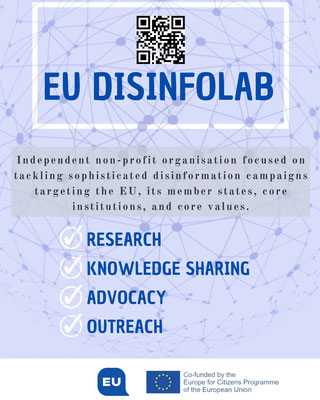 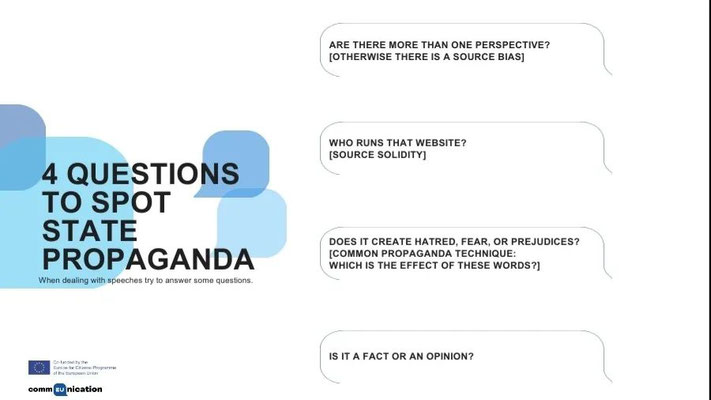 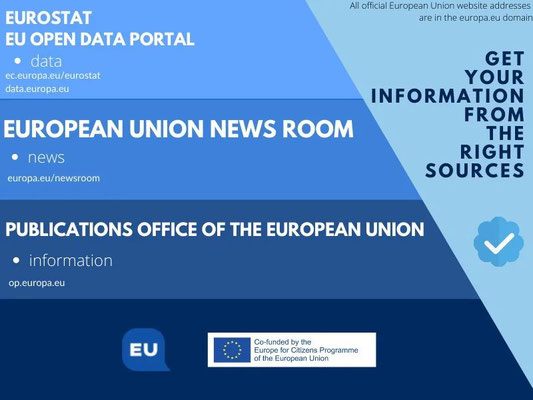 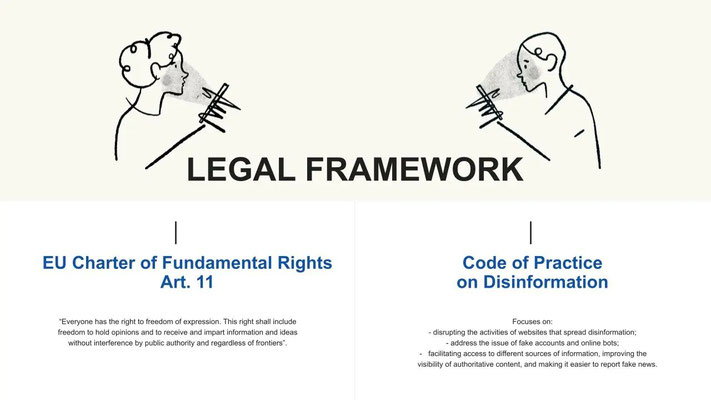 Understanding of the EU

Primary and secondary school: between 27% and 40% had no information at all about the EU;

Higher education: Between 26% and 31% had no information at all about the EU.

Familiarity with European institutions: 53.44% is aware of the division of responsibility between the European Parliament, the European Commission and the Council of the EU.

Impact of the EU on your country: 56% positive; 25% both positive and negative; 8% negative; 6% ignore it or have no impact.

Opinion about the European Green Deal is neither negative nor positive.

Most common strategy to identify disinformation and fake news: Checking with other news sources, followed by Looking at the poster's and/or author's background.

The average impact of disinformation is 4 on a scale of 1 to 5 where 5 is a significant impact.

Media where you hear or read about the EU?

Main danger the EU is facing: 29.66% nationalism and detachment from European institutions;  14.54% climate change; 12.63% social problems such as inequality and poverty; 9.69% terrorism and insecurity in general; 9.40% immigration; 8.81% democratic deficit of the European institutions; 7.34% disinformation and fake news; 3.82% tensions with foreign states such as Russia or China.

There is satisfactory legal protection for underrepresented/disadvantaged populations: 49.49% no; 20.33% yes; 30.18% do not know.

Awareness about the services provided by the Europe Direct Information Centres: 86.87% not aware about.

What would make people more connected to the EU: 65.15% more education about the EU within schools; 64.65% more information about the EU available publicly; 44.82% more citizen consultations on policy; 36.96% different ways of participating other than MEP elections; 9.47% change in EU policies or other: being represented by younger politicians, European federalism, information posters around the city,  direct election of the President of the Commission, a common social policy, more programmes like Erasmus for disadvantaged people,  making petitions require less than 1.000.000 signatures, EU becoming more democratic, more controls on countries showing undemocratic signs, EU TV channel run in collaboration with national broadcasters and the Commission, a stronger climate action, a stronger Europe on the diplomatic level, stronger multilinguism policy, more effective funds, educational initiatives for schools, affirming its values and principles in practice, closing national parliaments.

DOWNLOAD THE FULL SUMMARY OF THE SURVEY REPORT BELOW!

This project has been funded by the Europe for Citizens Programme of the European Union.

Its contents and materials are the sole responsibility of its authors. The Commission cannot be held responsible for any use which may be made of the information contained therein.